Day 2 – 168 days to go. Distance: 132 km total 196 km. It’s 8pm Sunday 8/7/2012 Pomona. We got here yayyayaya! Mammoth effect for me and the girl and we’re feeling pretty dam chuffed with ourselves 🙂 Pomona is as beautiful as always but wet. It was a clear day up to when we arrived then its been heavy showering since. But we’re rugged up and set up with the gear under the tarp and the yellow super tent waiting to be crawled into. Im very cosy in the grape and nice thought to be in bed soon after a long day 1. I’m sitting under a shelter looking at at our campsite and it looks pretty shmick moo. The rain stopped while we set up which was very nice of mother nature and with a bit of practice I should be able to assemble it pretty quick which is a good thing when MN isn’t feeling so generous. Our first stop in Pomona was the local IGA to buy dinner which I’m fanging for but first our day. Ma and pa waved us off looking the part with Rube in her teflon. The highway was busy but safe and we had a tail wind and fine weather nice!!! We had the usual handful of road rages as we passed Caboolture. Its so bizarre that a stretch of a km either side can have such cranky pants motorists. There’s a sign as you come into Caboolture that says ‘where lifestyle really counts.’ Ruby wanted me to stop and write ‘cyclists and their very cool red bikes’ between ‘lifestyle’ and ‘really.’ She’s so naughty!!! Now she wants hands as well as a mouth to do her own dirty work 🙂 She the best!!!!! Her gears were playing up again today and I spent a time adjusting the cables and now she sooo purrrs like when she was serviced in Chengde China big big yay!! Some time after Caboolture we saw a car pulled over with folk on the roadside checking us out. It turned out to be our friends Meg and Sandy who we had met up with in Hoi An, Vietnam. They were heading to the coast for lunch and stopped to say hi. It was great to see them (Thankyou xxxooo)!!!! All charged up with cuddles we powered onto Ettamogah Pub for lunch. I treated myself to some sweet treats from The Fudge Cottage and my little bag of samples tasted dam fine as snacks for the hours ahead. Rube wanted some of the ginger and macadamia and sooked out until I fixed her gears and now we’re best buds again. Our next stop was by the roadside at ‘running creek’ that wasn’t. Actually there was no creek at all go figure. I sat on the road rail and devoured the last of the fudge. The amount of friendly beeps and waves we got from passer byers was really cool. Lots of waving and smiles back yay. I had a water guzzle stop opposite a road sign showing Cairns at 1594kms. We’ve decided to follow the coast road up. It’s going to take until then to get the fitness back and the coast feels the most direct route not to make it any harder by weaving the country roads. There will be lots of country exploring round the northern left corner and I would really like to see Port Douglas and the tablelands if we can make the time work. Im meeting my partner in Darwin on the 17/8 so we’ll see what we can fit in between here and there. Although the M1 is a highway there are cool small coastal towns along the way that we can detour and stay O/N. It’ll be fun to share these places with you along the way. Ive just done some general looking through the Camp6 bible but am going to have a closer browse in bed tonight to see what works. While at IGA we got three donations: $13 from Sandy and $6 each from Bridget and ‘L.’ We also got an oath signed from Jason which is totally awesome. Thank you fine fine folk. This was a great way to finish an 8hr day. The local lad I want to feature tonight is one of my BFs from Noosa Scotty. He’s taken the oath online to ‘never commit, excuse or remain silent about violence against woman.’ Scotty’s a police officer and domestic violence coordinator for the Sunshine Coast District. He’s also a husband and father and a kick arse friend. He loves his mountain bike and fixie and restoring vintage bikes and parts. His latest restoration thing is re-apolstering old bike seats. Over the last months he’s also got right into long distance trail running and he and his wife compete in those crazy enduro runs like the North Face 100km. They have passed this love for running and the outdoors to the kids who are both into little athletics. I think he’s pretty much up there as far as a good guy and its my honor to acknowledge the very cool man. Thanks Scotty you rock!!!! 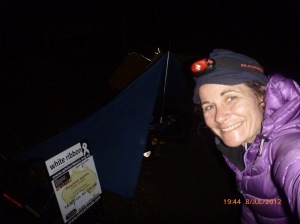 Farty sheep dreams the most wildest adventures imaginable. He turns these dreams into challenges both backyard and abroad. I hope you enjoy his story as much as I will sharing them. "Go confidently in the direction of your dreams. Live the life you've imagined.' H D Thoreau View more posts